Spring Is Here, So Is Turkey Season

By Ace the Deer Dog. The humans think they run things around here, but, as we all know, this is my ranch. 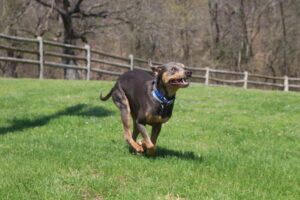 Spring Is Here, So Is Turkey Season. It’s warming up on the ranch. I spend most of my time guarding the porch from intruders. Squirrels, raccoons and possums don’t stand a chance.

All the humans, Donald especially, are going crazy over turkey season. Turkey season is my least favorite time of the year. I don’t get to play. Worse, when the humans aren’t in the woods, they sit around the house practicing making weird bird sounds. Can a dog get some peace and quiet around here?

Donald is definitely slipping in his trailing training. I keep telling him he needs to put my leash back on so we can get to work, but he’s too busy making videos of shooting the new super duper whammy supreme shells through his turkey guns. I saw the last video. When he pulled the trigger and the camera caught him in slo-mo, I nearly died laughing. Looked like he got kicked by a mule.

Don’t worry, I’ll keep the place running while the humans are out chasing turkeys. Hopefully they tag their birds early so we can get back to work. 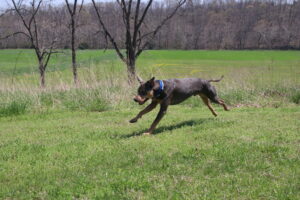