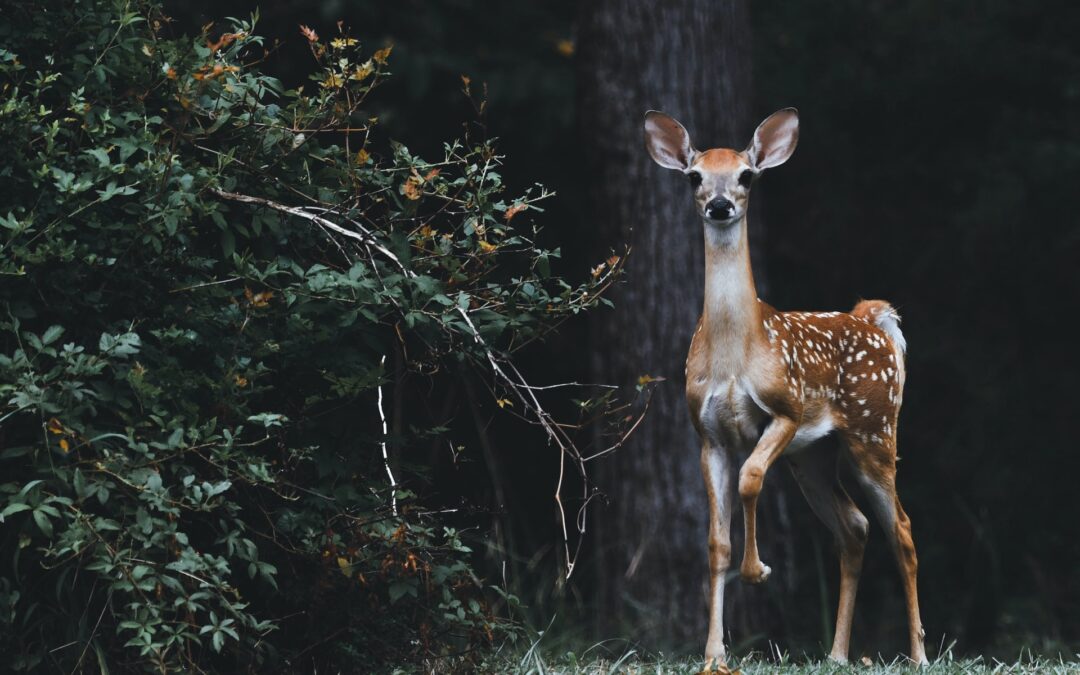 Oak Creek Whitetail Ranch is proud to hold the records for 33 of the top 35 whitetail deer! So, they know a thing or two about their patterns and habits and what is real vs. myth. To help you to better understand the Whitetail Deer, our August blog presents some of the myths about whitetail deer to assist you.

Big Bucks Only Rub Against Big Trees – Bigger bucks will set out to rub trees of all sizes. The size of the tree doesn’t matter. Often, they will make a “rub line” where they rub multiple trees in an area.

Whitetails Do Not Migrate – While the average whitetail spends their entire life in a single square mile, some of the time, whitetail movements extend to 50 miles or more when they’re searching for resources to sustain them.

Bigger Parcels of Land Host Bigger Bucks – Small parcels of land are also ideal hideouts for the bigger bucks since many hunters overlook such places. Don’t be amazed to find a monster buck settling in one of these small parcels where they can get food, mates, and isolate themselves from competition and risk of death.

A Full Moon is the Worst Time to Hunt – A study conducted several years ago at North Carolina State University tracked GPS-collared deer throughout the four phases of the moon. The scientist concluded, “A common misconception is that deer can see better at night because it’s brighter when the moon is full. But according to our data, they move less on average at night during a full moon and more during the middle of the day, and also earlier in the evenings.”

They Rush the Hills When Shooting Starts – A whitetail deer’s principal area is so essential to it that it only strays a few miles when scared off and comes back as soon as it is safe. When scared, a deer’s instincts don’t allow it to seek safety in new places. As bucks get older, they tend to become more satisfied with their homes and are less likely to leave.

Whitetails Move into the Wind When on the Run – Whitetail deer use the wind in their favor to search for food and run away from predators. When they are on the run, they use their eyes to detect motion ahead, both on their side and backward. Whitetails usually have the wind at their back and trust that their eyes will keep them alerted of any danger coming from the front.

The Largest Bucks Are Found Far Off the Road – With urban development encroaching on deer hideouts, roads are now spread almost everywhere, so even in the most remote of places, you are likely to spot a whitetail deer grazing along the road.

By studying whitetail deer, you will gain a better insight into how they behave and react to changes around them. We trust our blog has helped to debunk some of the myths and elevate your understanding.

For more information on the habits of whitetail deer and the most effective ways to track and hunt them, visit our website at https://oakcreekwhitetailranch.com/.