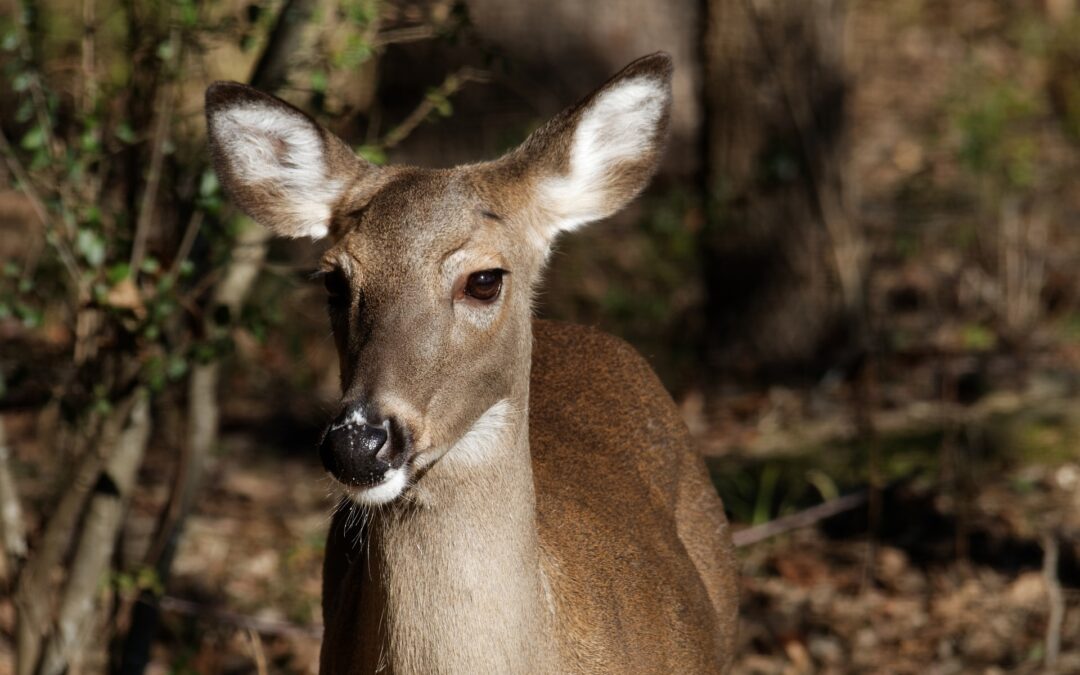 Oak Creek Whitetail Ranch is proud to hold the records for 33 of the top 35 whitetail deer! So, we know a thing or two about Whitetail Deer (Odocoileus Virginianus). Our October blog presents the facts about reproductive seasonality.

Mating Season
White-tailed deer breed once yearly. The breeding season begins in November and is known as the rut season. Contrary to widely held belief, the rut is not influenced by moon phases, weather changes, or planetary alignments. The photoperiod (amount of daylight each day) is what triggers females to come into estrus, and the white-tailed females dictate rutting activity. White-tailed deer are known as “short-day” breeders — breeding occurs in the fall when day length is declining. As daylight decreases, increased melatonin is released from the pineal gland in the brain.

White Tailed Deer are also polyestrous, which means females can be in heat more than once per year. In the most northern reaches of the whitetail range (the United States into Canada), females go into heat during November which lasts over 24-to-30-hour cycles. If a doe is not mated during the first cycle, she will enter a second estrus period about a month after the first. Over 98 percent of all mature does are bred successfully each year. The whole whitetail mating season is from mid-October to December.

The firearms deer season is typically timed so that most bucks will have bred before the guns get to the woods — assuring the best reproduction. The start of a doe’s estrous period initiates the bucks’ interest. The rut season is the time when male deer compete for the affection of females. Throughout the rut, bulls, and bucks often travel sizable areas in search of females. Initially, the doe plays hard to get. The buck chases a doe, and she eventually allows him to “catch” her. After copulating several times over a few days, the buck stays with the doe for a few more days.

The gestation period is 200 to 205 days, so, most of the fawns are born in the latter part of May or the first part of June. A doe that gives birth for her first time will have a single fawn, thereafter she will likely have twins.

At birth, a baby deer weighs about 4 to 5 pounds. Fawns can walk at birth and nibble on vegetation only a few days later. Female deer will nurture their newborn fawns several times a day until they are strong enough to join the herd.

During the rut, usually cautious bucks, fueled by intense hormonal desires, search far and wide for receptive does, often carelessly. Most of the breeding is done at night, under the cover of darkness, but deer are often still chasing when the sun comes up. That is why hunting at the gray light of dawn and again at dusk is often your best shot at success.

The more you know about the behavior of Whitetail Deer, the more successful you will be this hunting season. For more information on the behavior of whitetail deer visit our website at https://oakcreekwhitetailranch.com/.