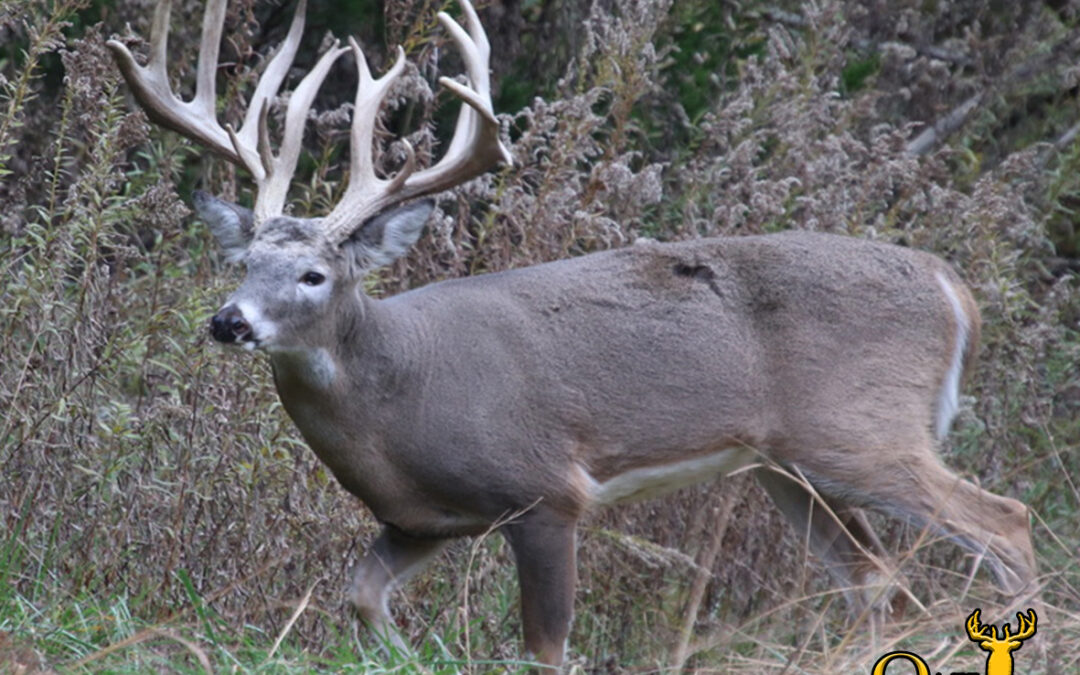 I have no idea what constitutes a mature whitetail buck.

This is because I generally deer hunt private property with guides whose job it is to know what constitutes such.

It was during my last whitetail hunt, however, that I decided to finally learn what constitutes a mature whitetail buck. Here’s what I learned from Oak Creek Whitetail Ranch owner and master of all things whitetail Donald Hill.

One size does not fit all. 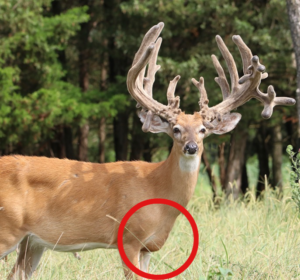 This mature buck at Oak Creek shows one of the main identifiers of age, his chest.

What constitutes maturity in one region of the country doesn’t necessarily in another. “Take Texas for example,” Hill suggests. “You can look at the sway back, you can look at the pot belly on a Texas deer and know it’s reached maturity. A Midwestern deer may never develop a sway back. I mean even when it’s five, six, seven years old, they don’t get much of a sway back. So most of the time when I’m looking at a Midwestern deer, I’m looking at chest, neck, head, even feet. Feet, a lot of times it’ll give me a little bit better idea of [their maturity]. If they’d get real big ankles or real big feet, they’re a little bit older deer. So, it’s a little bit, depends on what area of the country you’re in.”

“A lot of people think that if deer are gray, they’re old,” Hill explains. “Yeah, you might get some gray muzzles…There’s so many theories on the whitetail deer out there that I don’t buy into. I’ve seen red-headed old deer, I’ve seen red-headed young deer. I’ve seen gray-headed old deer, I’ve seen gray-headed young deer. It’s a genetic trait, it’s no different than a human being. Sometime a deer’s eyes or around their eyes might turn a little bit more grayer the older they get. But just because you see a gray muzzle on a deer doesn’t mean it’s an old deer.”

Just how old is old?

Maturity comes with age but just how old can a whitetail get?

“We’ve taken several deer over 13 years old here,” Hill explains. “A 10, 15-year-old deer is not as uncommon as you would think. When deer get the right nutrition, and don’t succumb to predators they can actually live a pretty long time.”

What maturity looks like at Oak Creek Whitetail Ranch.

“We start taking some deer at three and a half, four and a half, five and a half years old,” Hills explains. Click here to watch a hunt! “They’re going to be 250, 300 pounds. Their average score is going to be probably 255 inches or so. We take them a little bit earlier in maturity just because they have the right nutrition, they have the right genetics that they reach their genetic potential at three, four, five, six years old.” 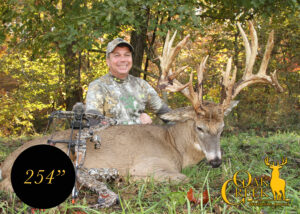 The average buck at Oak Creek is 255″

Although what maturity looks like varies region to region, look for big strong necks, chest, head, and even legs. Ignore color and instead focus on the animal’s overall appearance. Big and healthy means maturity.