High Fence Deer Hunting – Finding the Best of All Worlds 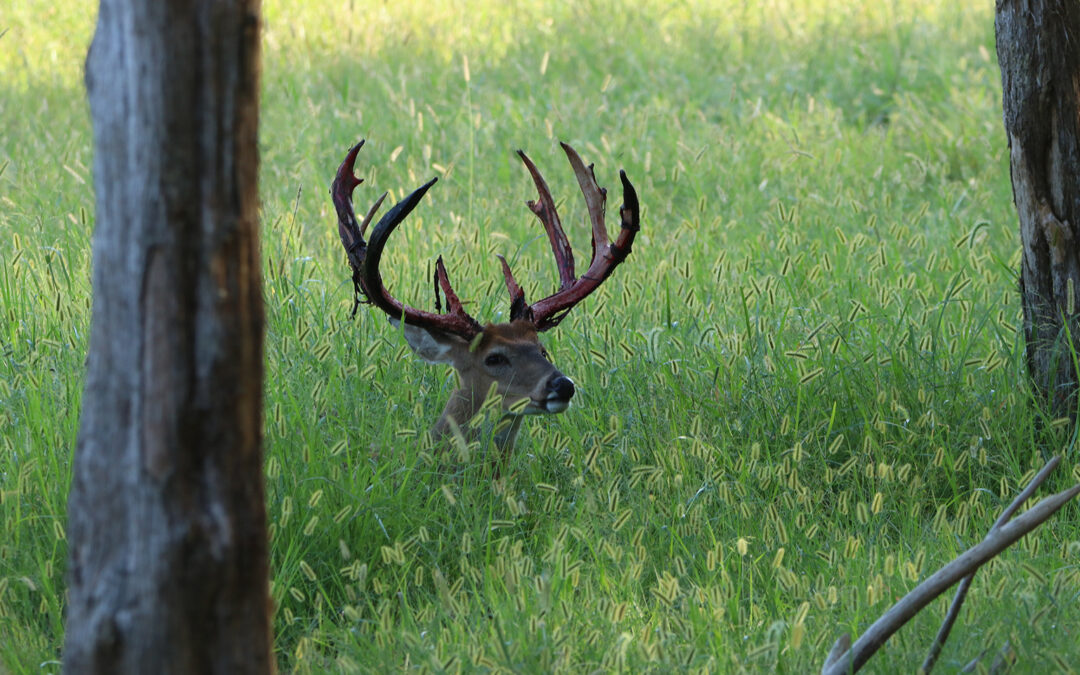 Most hunters that have never been to a legitimate high fence ranch believe, at its most basic level, the concept of fencing deer into an area and then hunting them seems unsportsmanlike – like shooting fish in a barrel. And to some degree they are correct, there are a lot of places that are a canned hunt. It is a subject which is hotly debated among hunters. Pretty much everyone would agree that putting a deer in an eight foot pen and shooting it would be unsportsmanlike, and most would agree that putting a fence around the state of Missouri and hunting the deer contained would be no less sportsmanlike than open range hunting. So the argument becomes one of degree – what amount of space, terrain and population creates a sportsmanlike challenge for the hunter demanding skill and persistence and a reasonable opportunity for the whitetail deer to evade the hunter?

Most hunters believe you can’t do both, why is that, peer pressure I presume? They believe you have to choose one style of hunting. Why do hunters in general think they have to only hunt with a bow vs a rifle, or only hunt mule deer vs whitetail or even South Texas Whitetail vs Midwest Whitetail? Spot and stalk vs stand hunting? Thus the conversation free range vs high fence. They are both a different experience, why not do them both? Most of the time the people really giving any kickback on any of the above mentioned is pure jealousy or lack of experience. For example……a hunter might think, I can’t afford or don’t have the opportunity to go out west to hunt mule deer or elk so I am just going to tell everyone Midwest or Texas whitetail are a much harder challenge, spot and stalk where you can see for miles and miles is just not fair chase. This is a ludicrous way to think. I have seen high fence canned hunts but I have also seen high fence operations that are more challenging than free range hunts. It is all an experience, why not do them all and why do we have to attack fellow hunters for doing what they like to do. Don’t be envious because you don’t have a trophy of the same quality, be happy for them and maybe one day you will get the same opportunity.

One such place where I think the deer are more challenging to hunt inside a fence than outside is Oak Creek Whitetail Ranch, a preserve that encompasses 1,000 acres and is large enough to sustain a top-quality habitat for the animals year-round. Oh don’t get me wrong, the quality and selection is far superior, but you still have to hunt the animal and they can still give you the slip, man can they give you the slip, let me tell you, over and over they can give you the slip. A clear image of the challenge comes in one hunter’s comment, “There was nothing ‘easy’ about my first hunt at the ranch. Big whitetails, such as those found at Oak Creek, are … elusive, crafty and difficult to take.” The second element which differentiates Oak Creek is the care of its animals. Most of the deer are born and raised on the ranch, excluding some selective animals added for genetic variance and enhancement. These animals get to reach maturity unlike the national average of free ranging whitetail harvested that are only 18 months of age. These older deer reach maturity and learn how to evade hunters and continue to improve the herd’s genetics. The issue with some small high fence operations is that their small area creates an over browsing and a familiarity with humans that reduces their natural evasion and renders them easy targets. Finally, the terrain of Oak Creek’s 1,000 acres is full of brushy hardwood hollows and winding creek bottoms. This cover provides natural barriers between deer and hunter and supports the natural reticence of the herd to avoid humans. The commitment of Donald Hill and his staff to a healthy distribution of the herd, in a magnificent landscape, creates as close to a free range hunt as can be established. Large space for ranging, deer left to develop unconnected to humans, and hunting grounds with vast and diverse cover all come together under the unfathomable management practices of Oak Creek Whitetail Ranch to create what one long time hunter called “absolutely the premier ultimate whitetail deer in the lower 48 states.” Myself personally, I think everyone should try it once, like myself you might just be pleasantly surprised at just how wrong you were and soon realize you have been missing out on one of the best hunting experiences you have ever been a part of. Where else will you be able to learn from watching and studying mature deer in their natural habitat? Surely not in a free range area nowadays, unless of course you have thousands and thousands of acres with every person hunting that property on the same page…..who can afford that? As Mikey says……”Try it, you might just like it”.