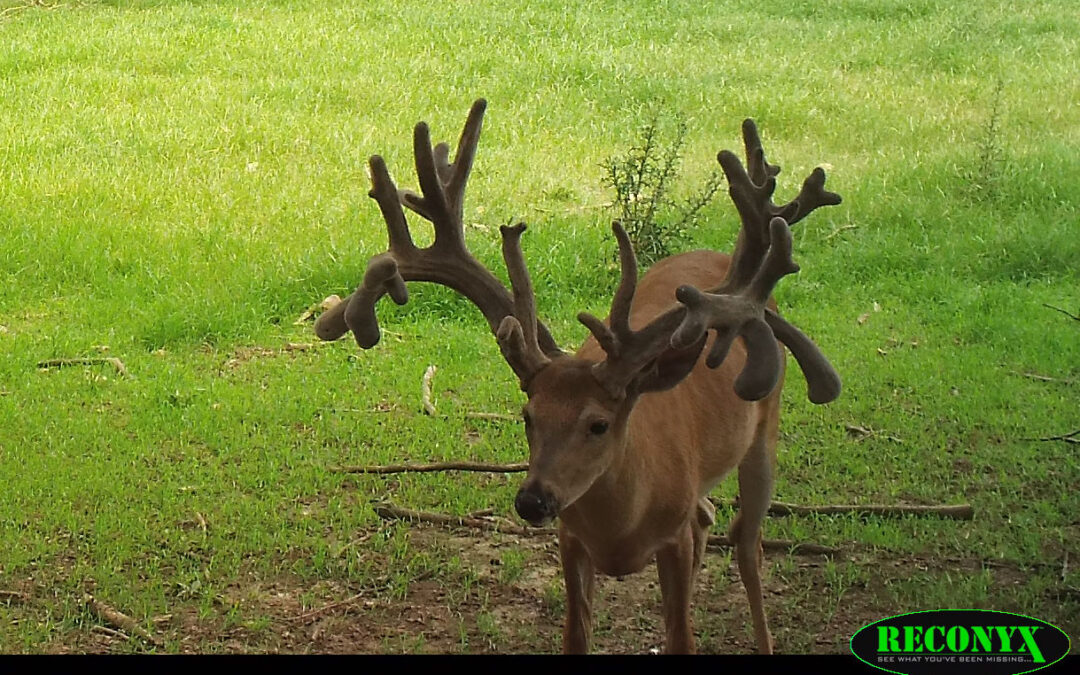 “No pictures of Bigfoot. Nope. Never caught him on camera.”

Despite Donald Hill’s admission that he has never captured a picture of the famed North American Wood Ape, I decided to continue our conversation about the fun with game cameras and their usage. Afterall, as co-owner of Oak Creek Whitetail Ranch in Bland, Missouri, Donald probably has more experience with the stealth instruments than anyone else I know.

“I think we’re currently running 20 game cameras on the property,” Donald said. “They take about 3,000 to 4,000 pictures a week. And we go through every single one of them.” To see the 2020 Trail Cam Photos click here!

The reason for this is to see what the deer on the ranch are doing. We pattern them and their movements, check on their health, and watch for predation. “It’s a fantastic management tool. I don’t see how we could manage without it.” 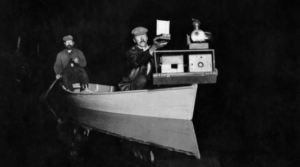 While most hunters today would agree with Donald’s sentiments about having fun with game cameras and their usage, this hasn’t always been the case. I remember when game cameras exploded onto the scene in the late 1980’s and early 1990’s (The first recorded use of a “game camera” was by George Shiras III who created and used one in the 1880’s.). Extremely expensive, utilizing film, and relying on poor technology, these cameras were meant with skepticism by most hunters who felt them unsporting, unethical, invasive, and just plain wrong. Times have changed. Today, the majority of hunters use game cameras to help them locate game and see their usage as just having another set of eyes in the woods. 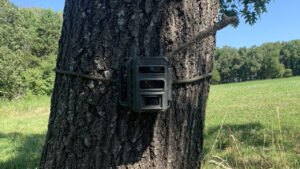 Game cameras today are a far cry from the breadbox contraptions of my early youth. Today’s cameras offer pictures, 4k video, night and or thermal vision. They utilize state of technology. What they capture can now be viewed via cell phones hundreds of miles away from where they were placed. Game cameras are also far more affordable than they used to be. Online retailers like Amazon sell packages of four high quality game cameras for under $250. “We utilize RECONYX cameras,” Donald explains. “They’re more expensive than most but they offer superb quality pics, amazing video and have the best battery life I’ve ever seen. So sure you’re paying more up front, but you’ll recoup it on the end with fewer batteries.”

As with others who utilize game cameras, Donald says he gets a kick out of just seeing wildlife and by the surprise pics he catches. “You get to see deer that are more or less completely nocturnal. We catch pics of coons, coyotes, bobcats, skunks, turkeys. Even a few trespassers.” Because of the latter, Donald says where you place the camera is almost as important as the camera itself. “We’ve gotten very good at camera placement. We’ve put them on trees, in bushes, in rocks, and even pointing down from high above.”

All the good that does you if you can’t capture a Bigfoot!

I’ve had great success with using game cameras on both public and private land. Not only have I used them to track game but have used them to capture pics of baby birds growing in the nest, see what’s tearing into my garbage cans at night, and what’s digging up my yard when my dog is apparently asleep.

It was an armadillo.

I only wish it had been a Bigfoot.