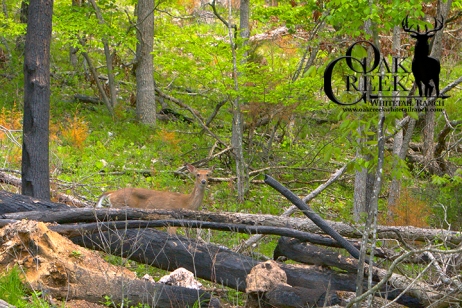 We went out to check the burn areas yesterday. It is amazing the diversity of life that is showing up now. The deer are loving the newly cleaned up areas and the new grasses and vegetation that are now able to grow. 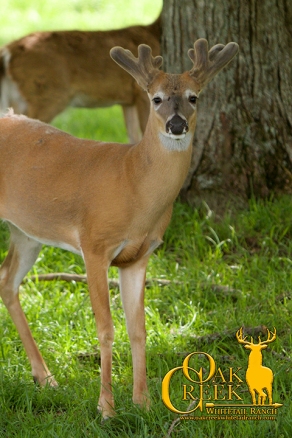 We saw two really nice bucks along with a doe that we are sure had just had her fawn or fawns. The first buck we saw was a young buck that was already as wide as his ears and had great mass. The second was a monster buck we saw at the edge of one of the Vita Rack Clover food plots, he had huge mass and already good width for this point of the year. 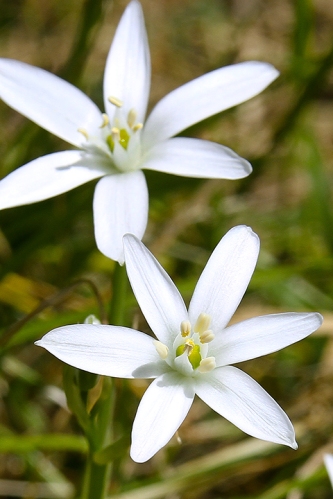 Another good find while out was five new species of wild flowers. We found a good patch of Star-of-Bethlehem. Also found were Hairy Phacelia, False Dandelion, Hairy Buttercup and Cutleaf Toothwort. These wildflowers were alive with life. There was an abundance of insect life, including an emerald green sweat bee and a skipper, as seen in the photos.